‘The Surrogate’ takes place at a site of an iconic building that was once demolished and rebuilt again years later: The Barcelona Pavilion by Mies van der Rohe.

The Barcelona Pavilion has become a kind of temple for modernist architecture, as well as the newly established relationship between modern architecture and sculpture (as presented together with the Georg Kolbe statue).

The film focuses on the relationship between technology and nature, featuring the international style, the main building force of the 20th century and the implications on conquering nature and subsequently the extinction of it.

The film follows the consciousness of a female pregnant android called Alba. Alba lives in the pavilion, which is now a scientific lab in a post-apocalyptic area with no humans around. Together with ‘Mother’, a character that is only present by voice, they try to get pregnant and deliver an Ibex baby goat the went extinct in the year 2000. 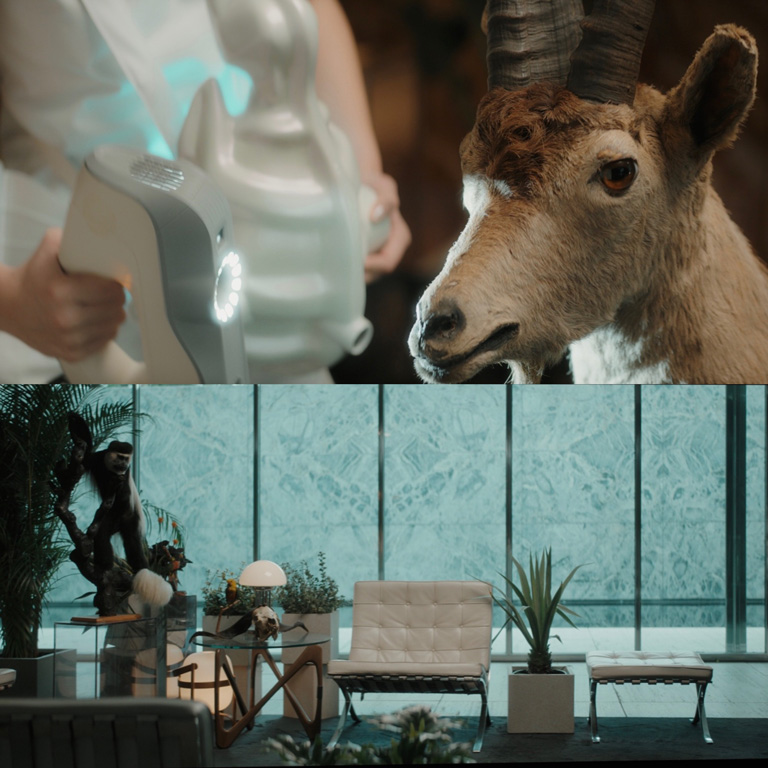 Based on the De-Extinct project in Zaragoza, Spain – a project that is trying to recreate through cloning and surrogacy the Pyrenean Ibex, a type of a mountain goat that went extinct in January 2000. 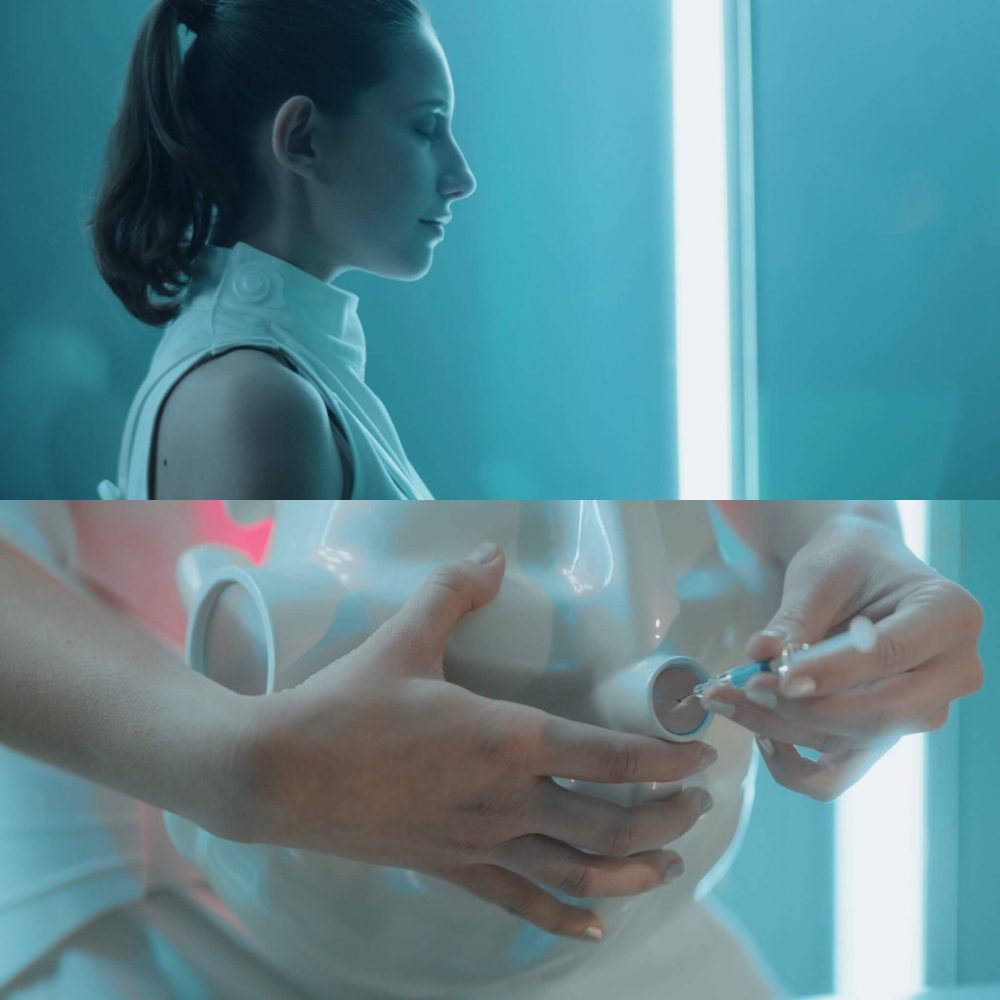 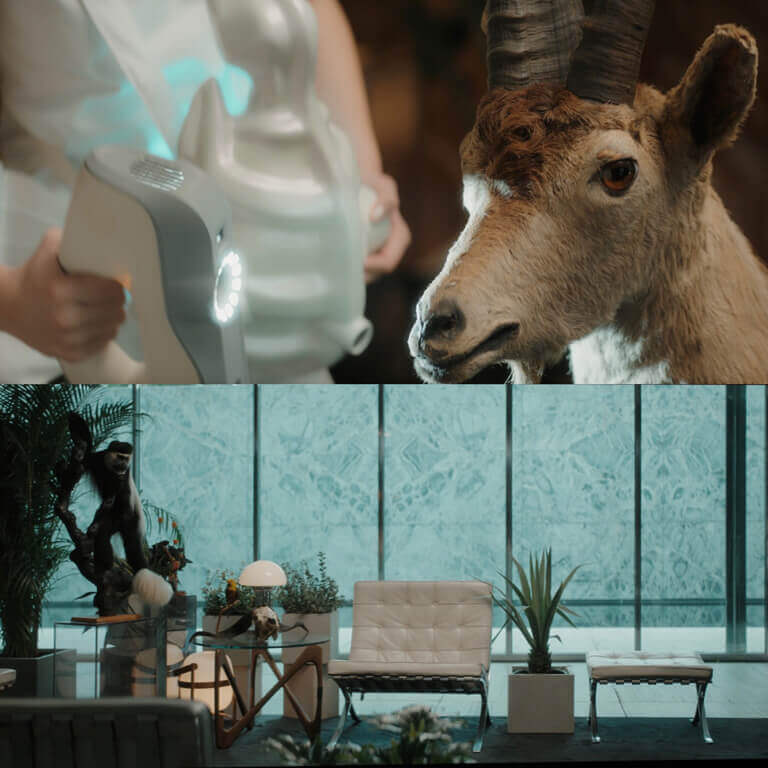 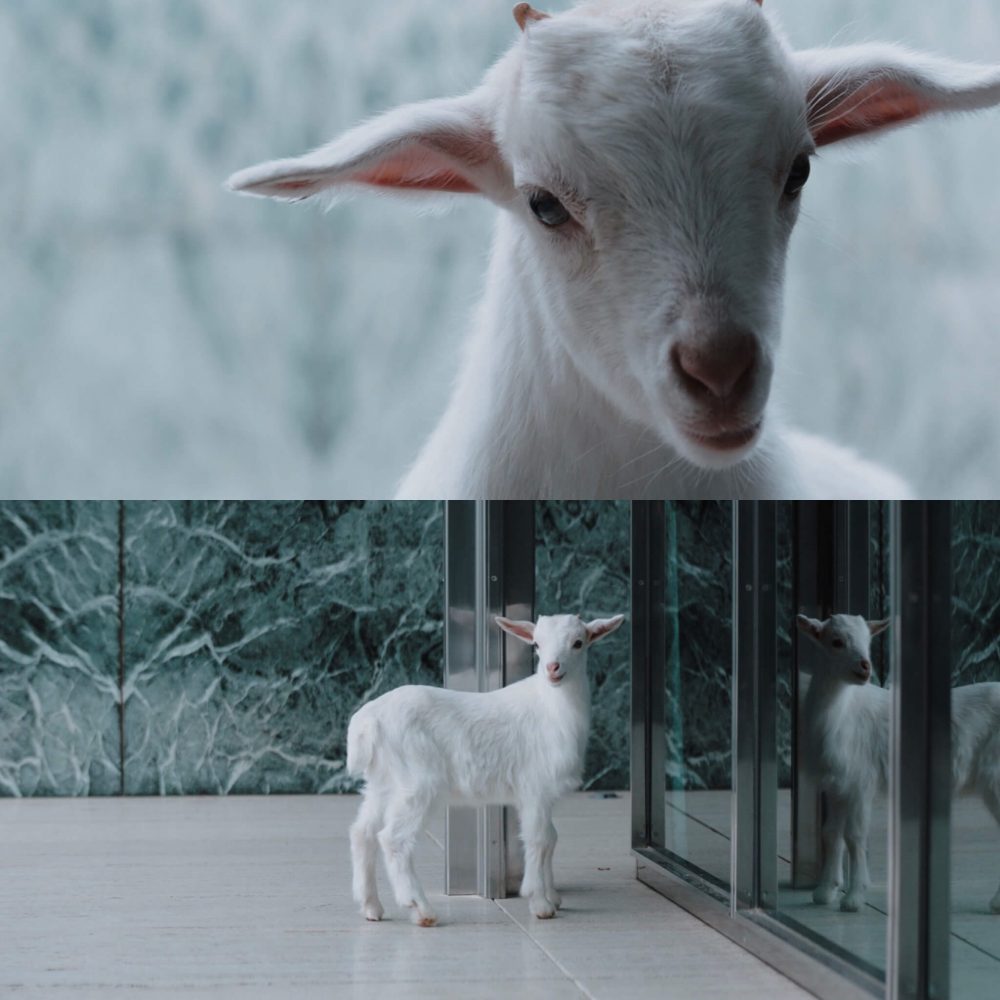 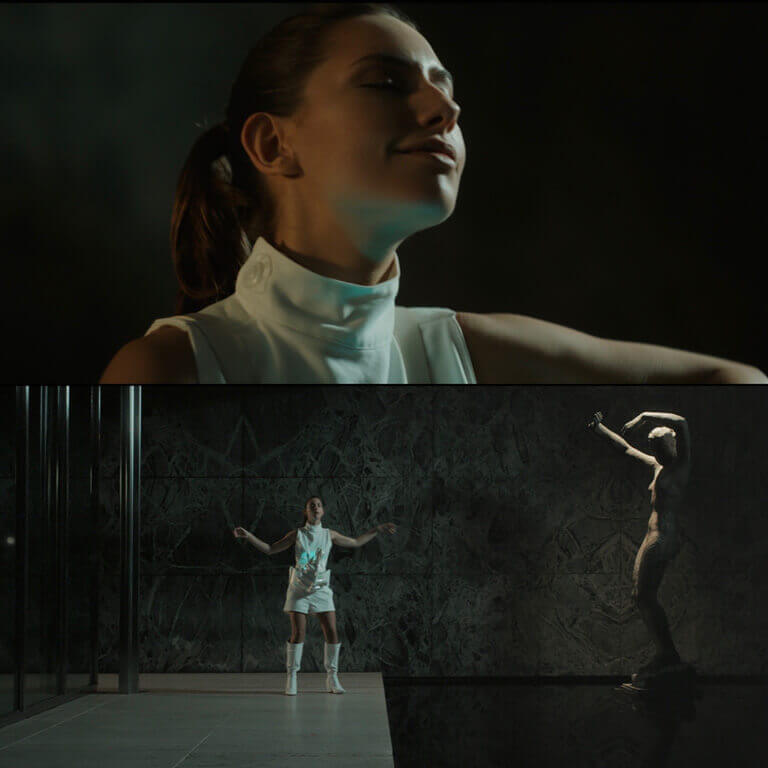 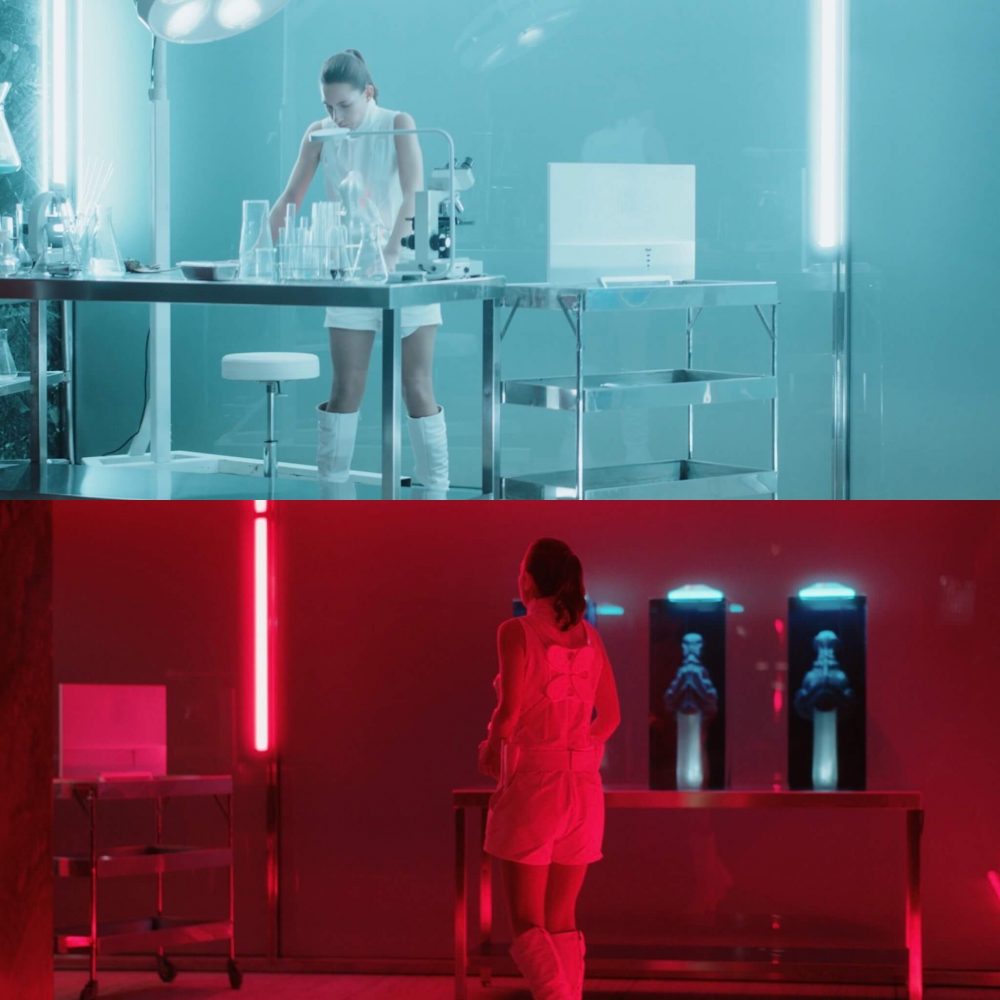 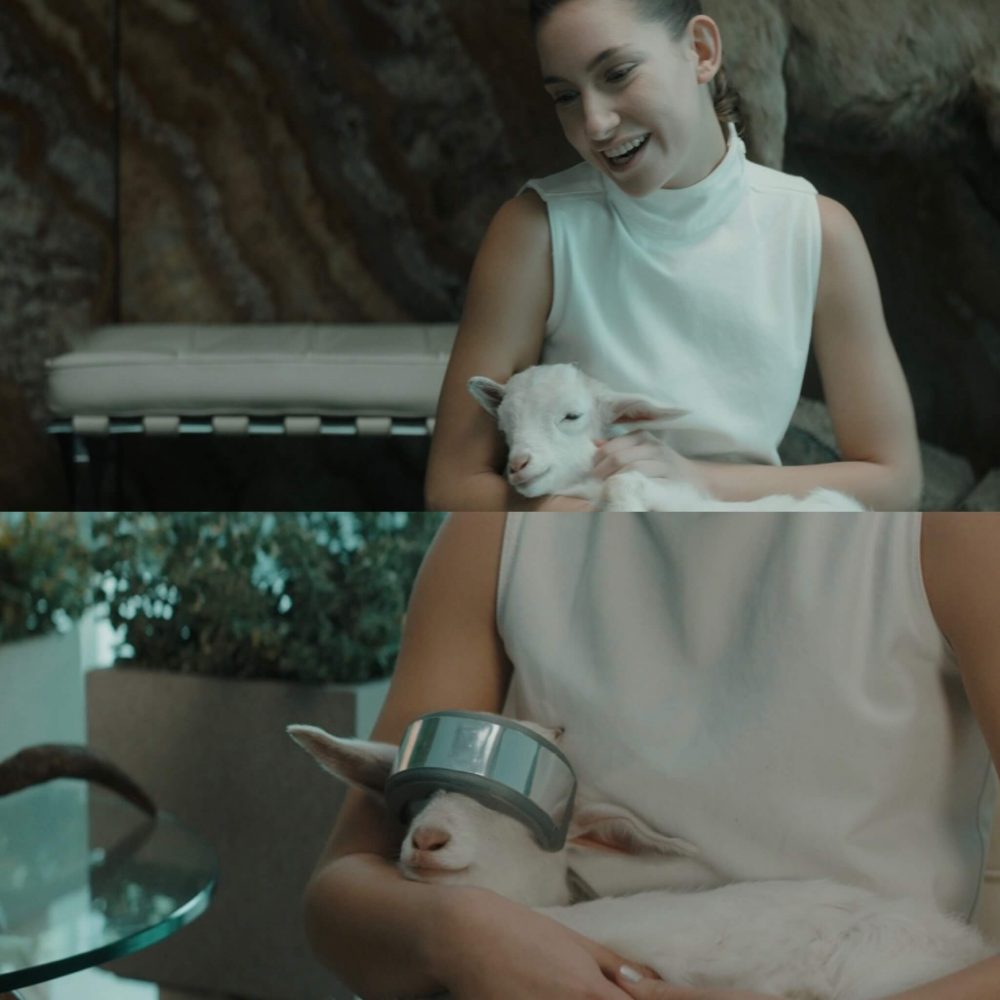 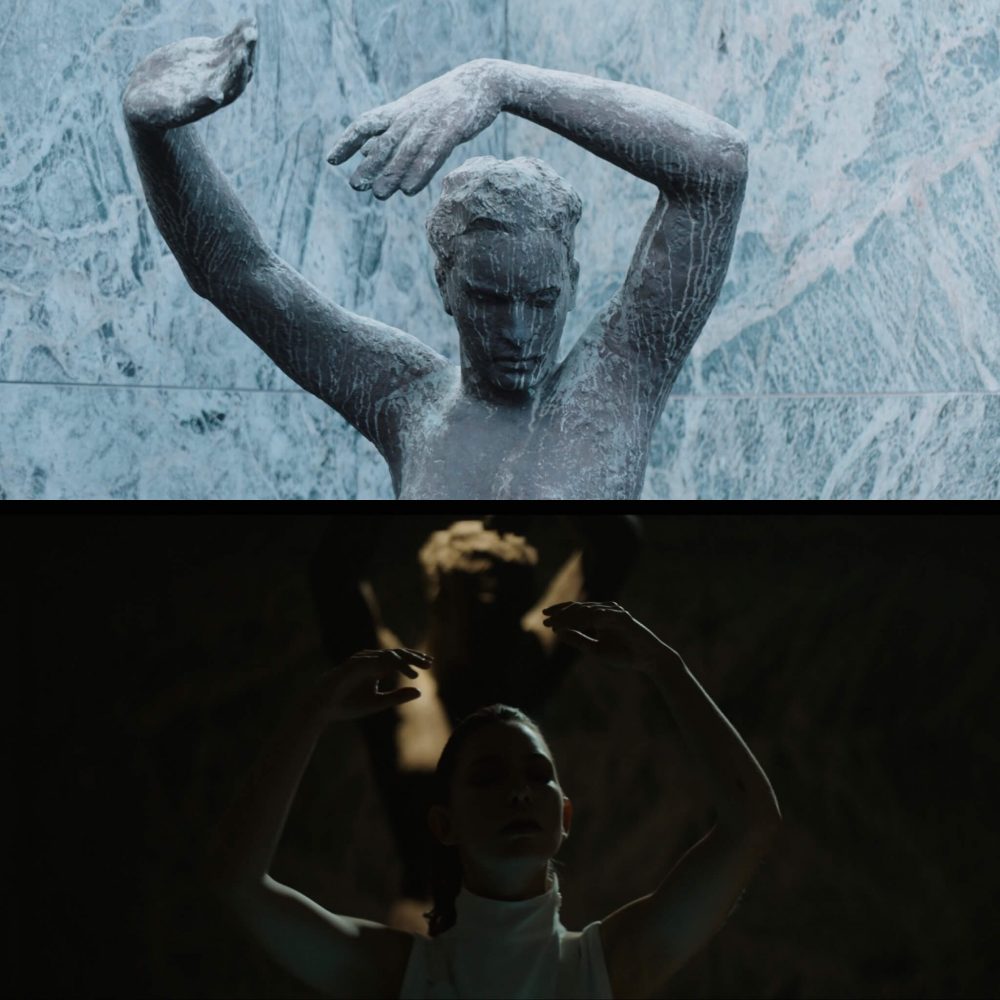 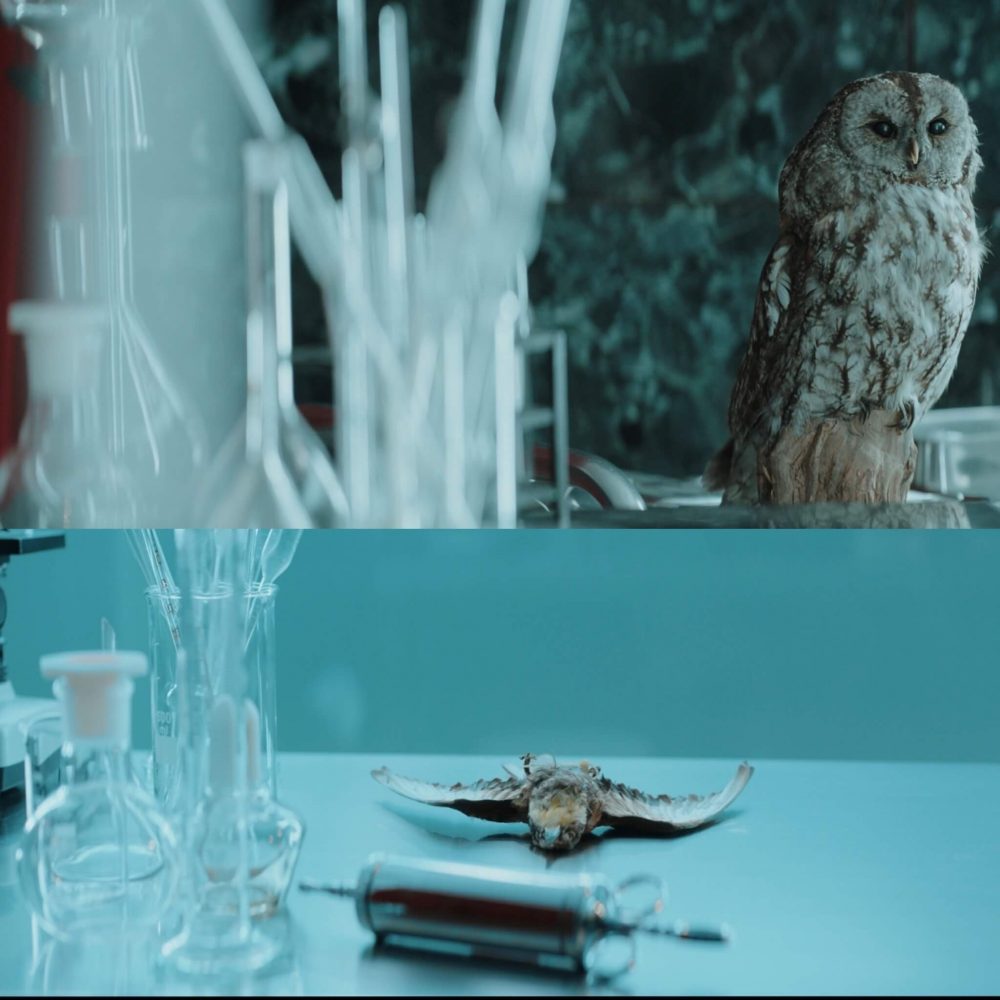 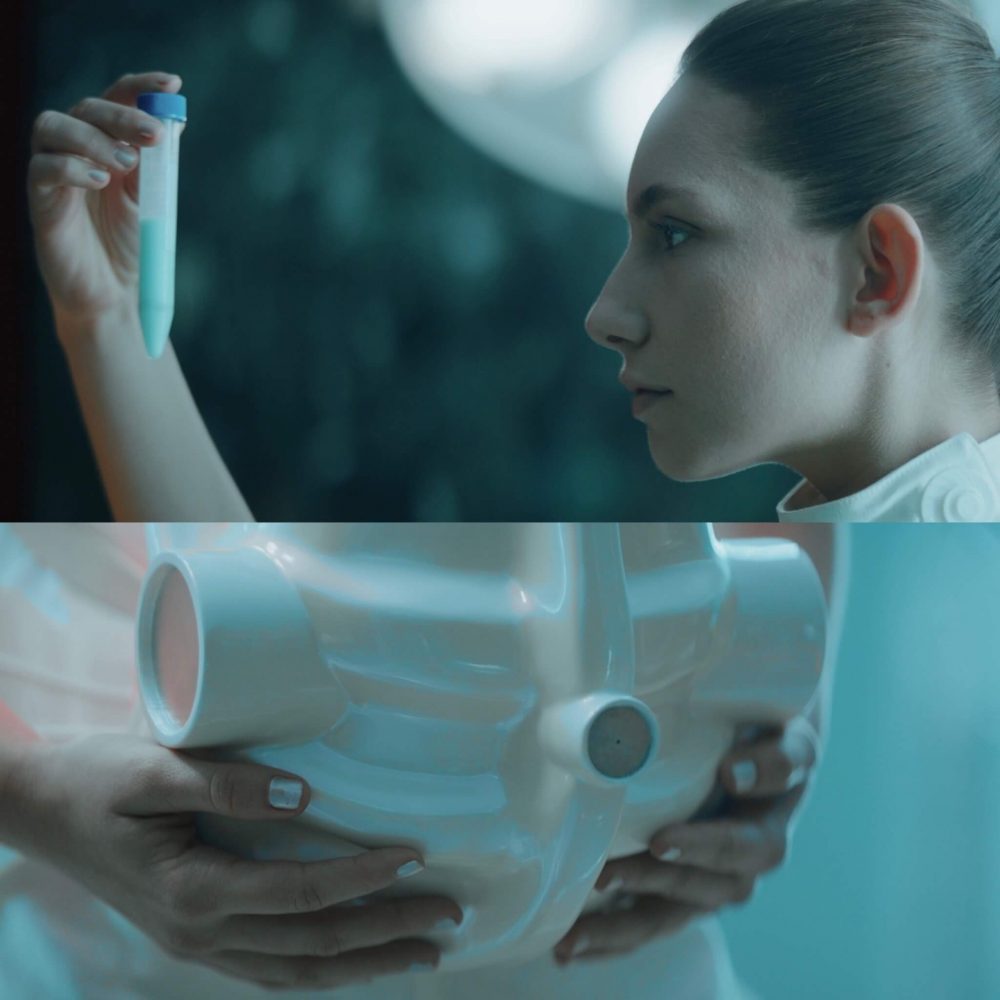 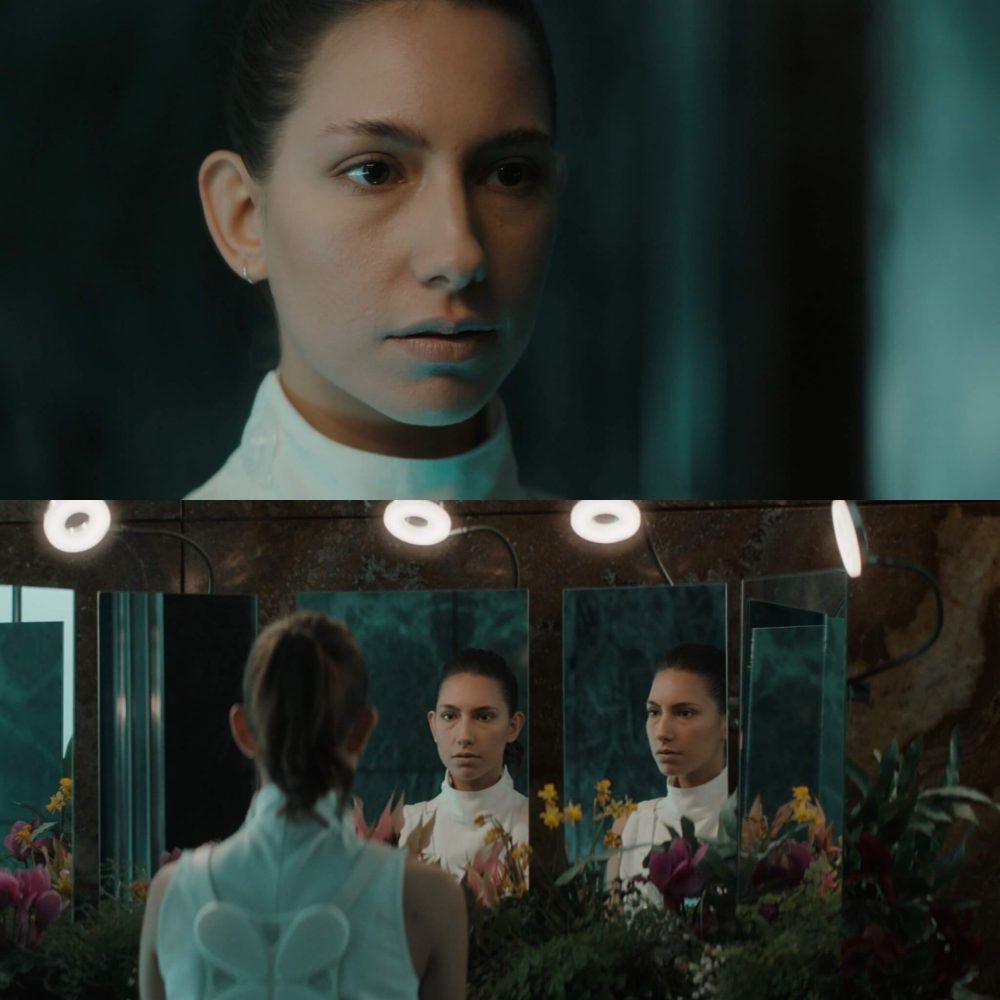