Tomorrow Gets Me Higher

Placed in vitrines atop elegantly modern pedestals, their shapes reflected infinitely within the vitrines’ mirrored walls, these objects assume another layer of significance and are elevated from mundane personal effects to the realm of historical artifacts. Fattal’s use of lighting fixtures from the 60’s and 70’s, acquired from East Berlin estate sales, illuminates these assemblages from within, adding further to the sense of preciousness that his sculptures connote.

Allusions to the minimalism of artists such as Donald Judd and Dan Flavin are prevalent in Fattal’s work, which transform banal, seemingly archaic items into fetish objects, revealing an underlying sexual nature. Fattal also appropriates imagery pulled from historical archives and incorporates it into his three-dimensional work. 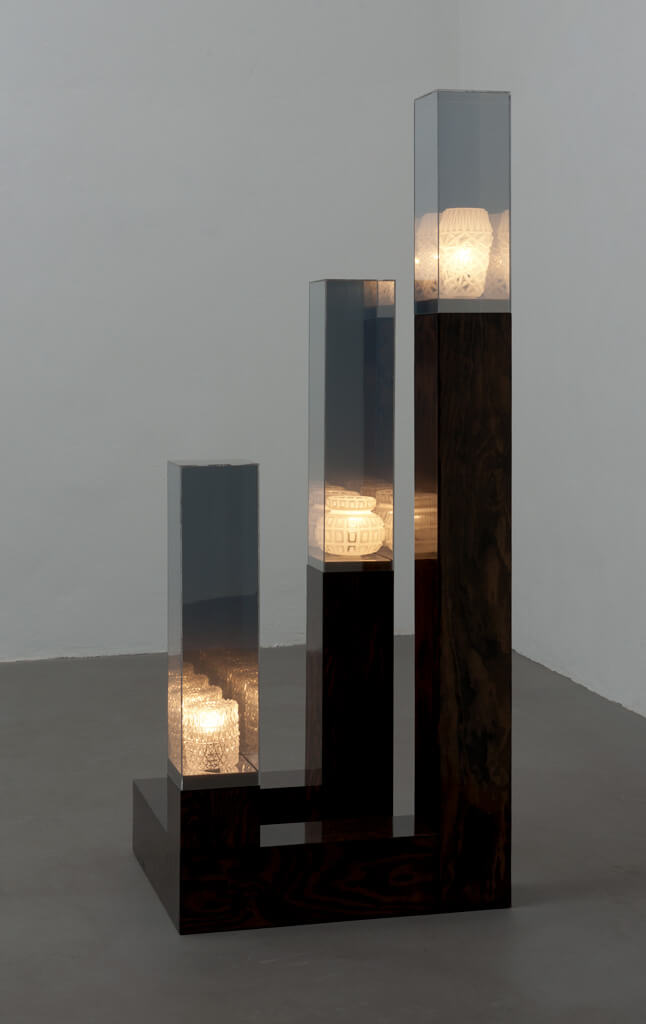 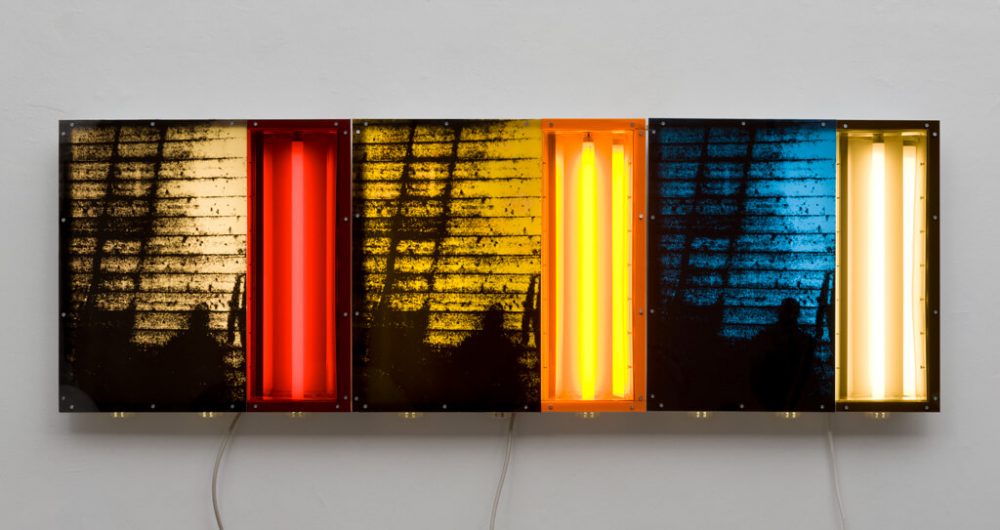 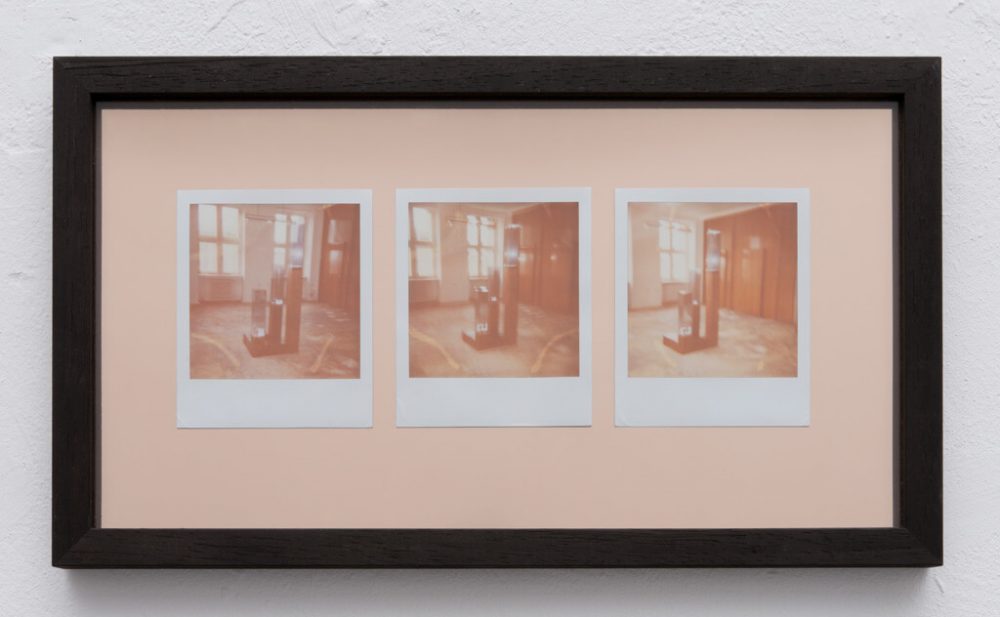 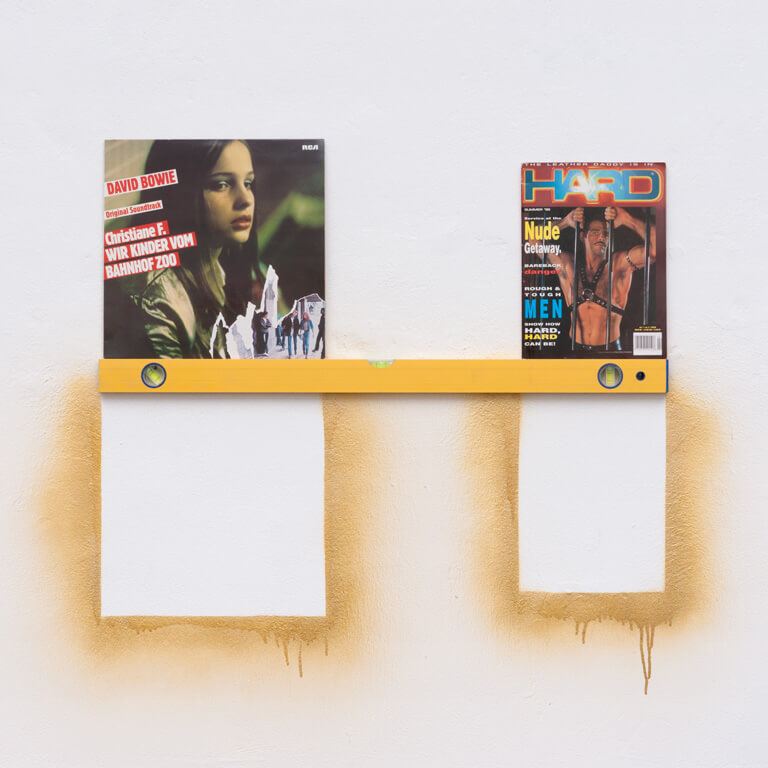 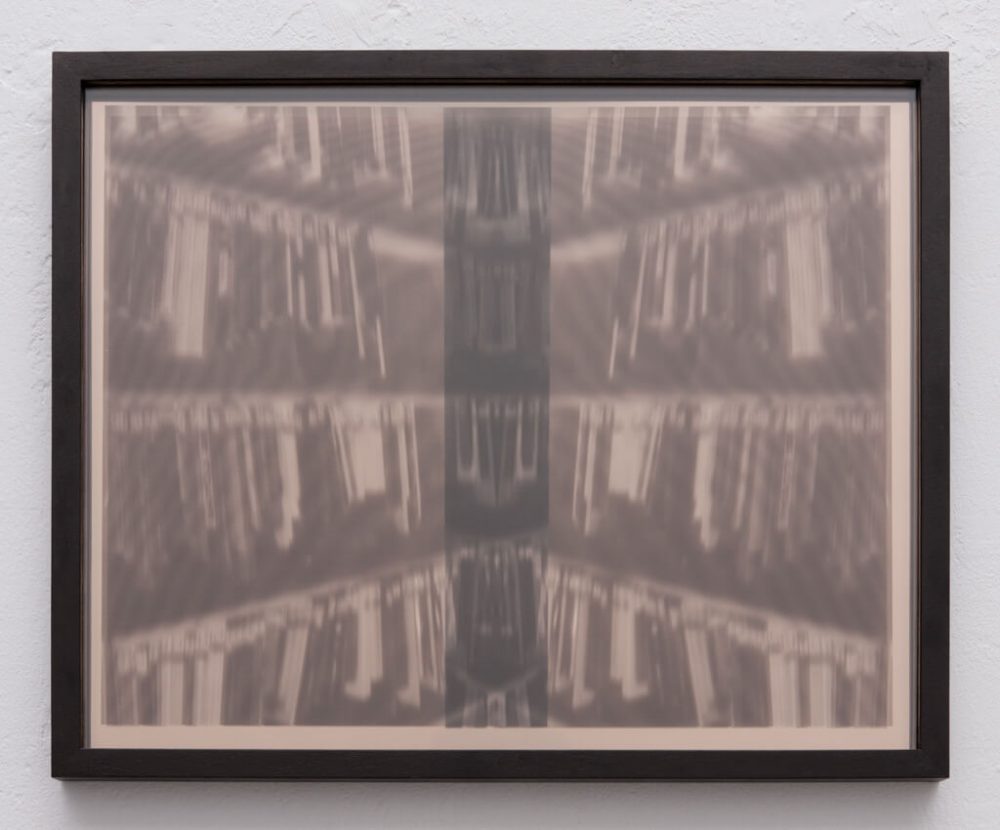 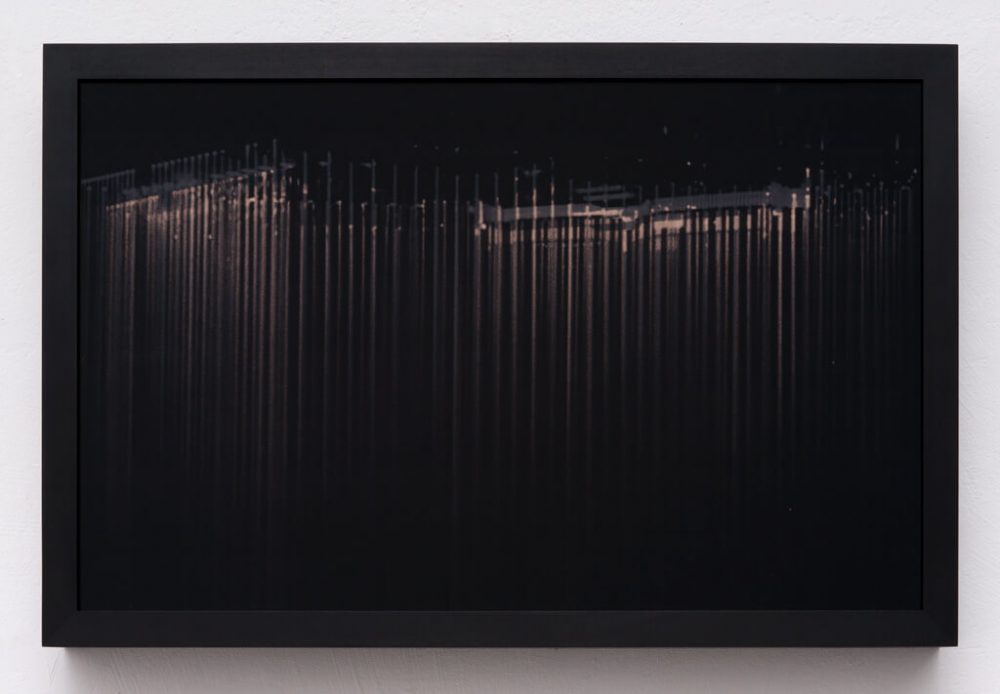 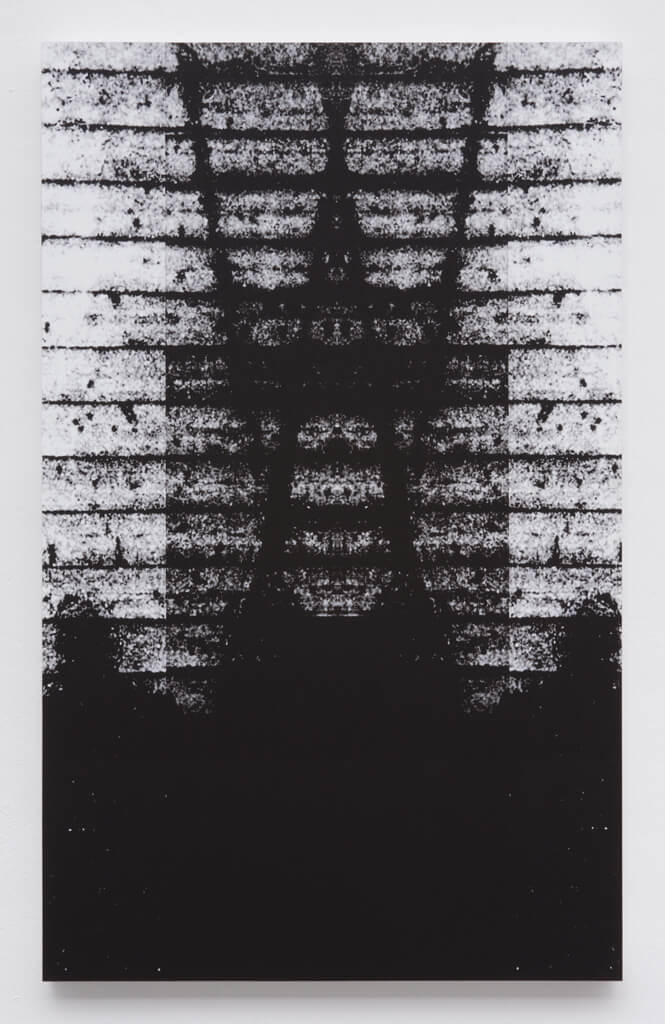 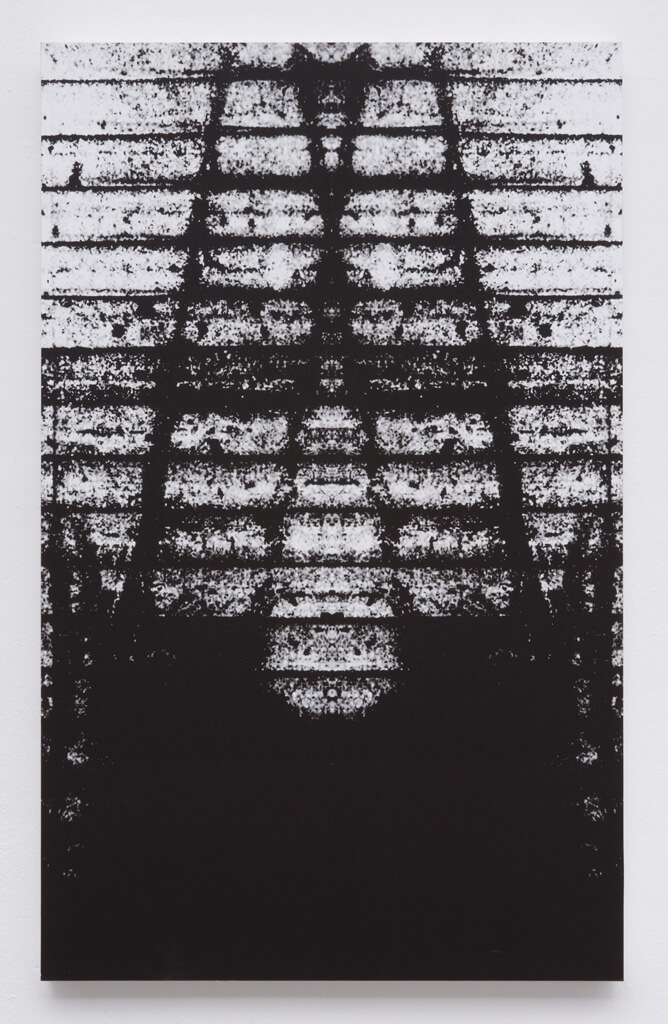 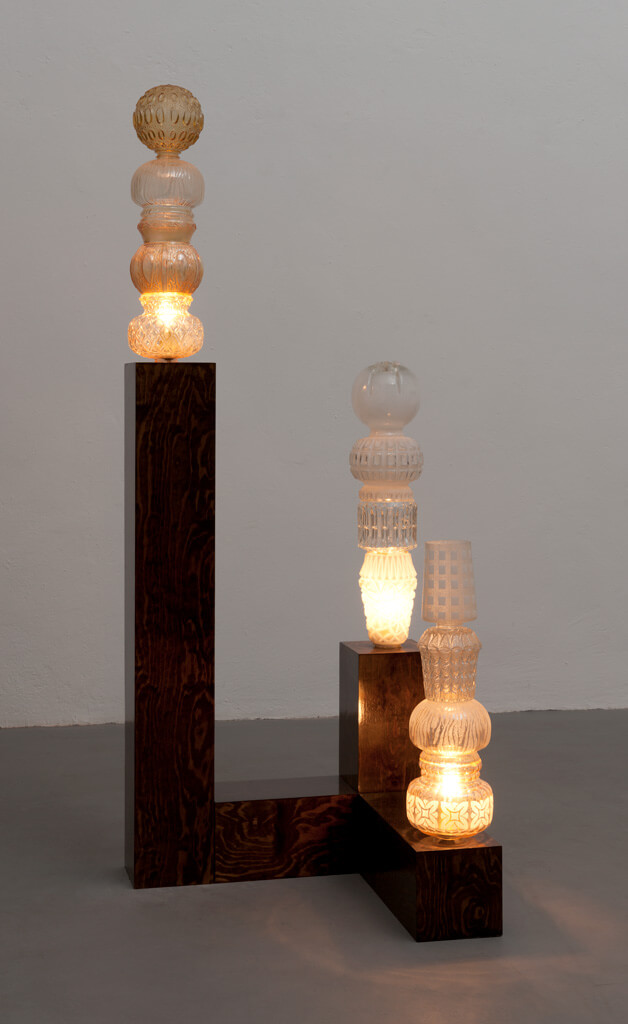 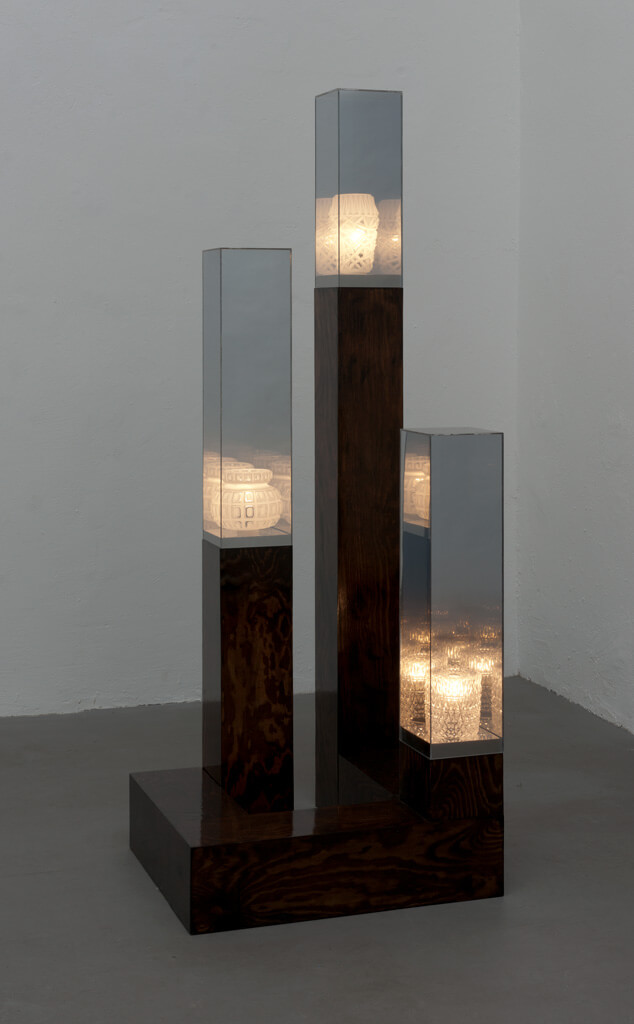 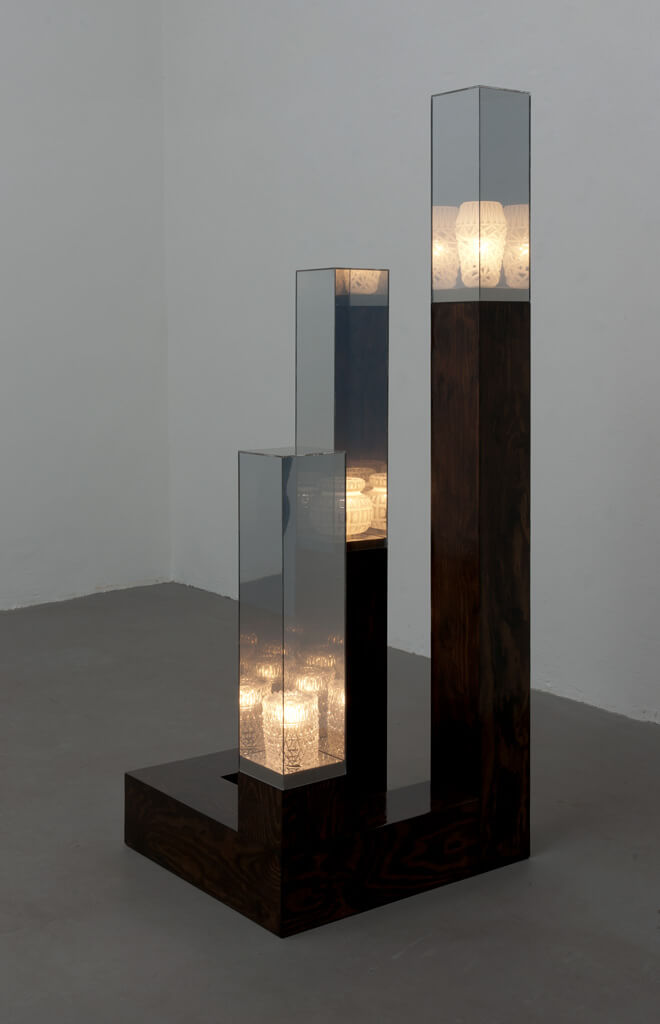 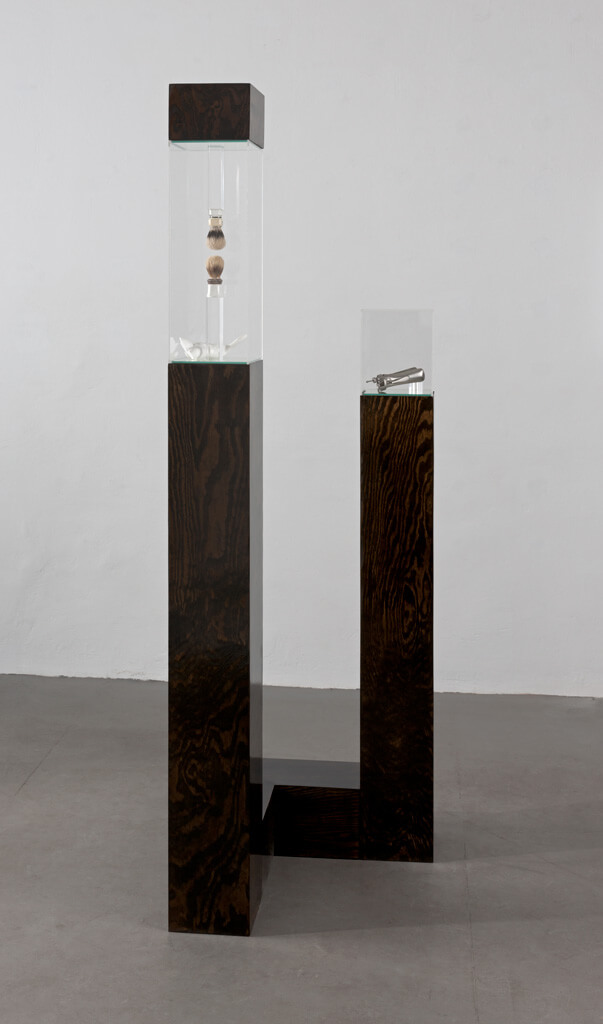 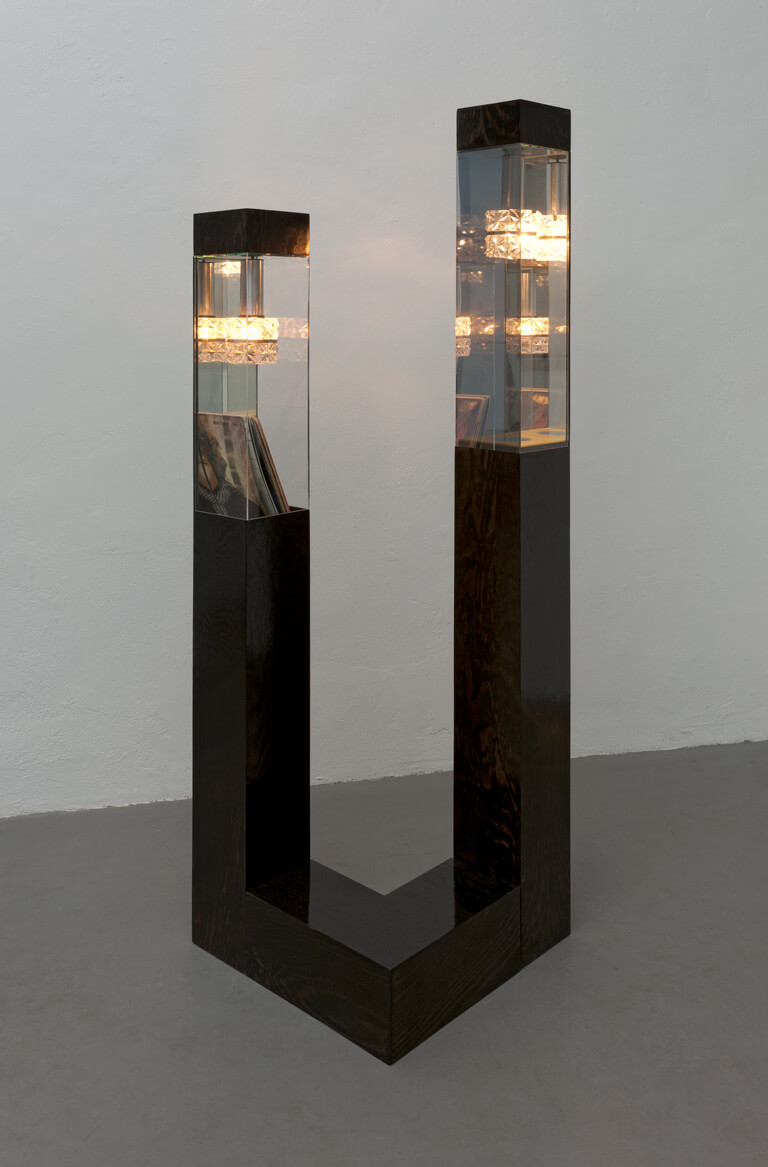 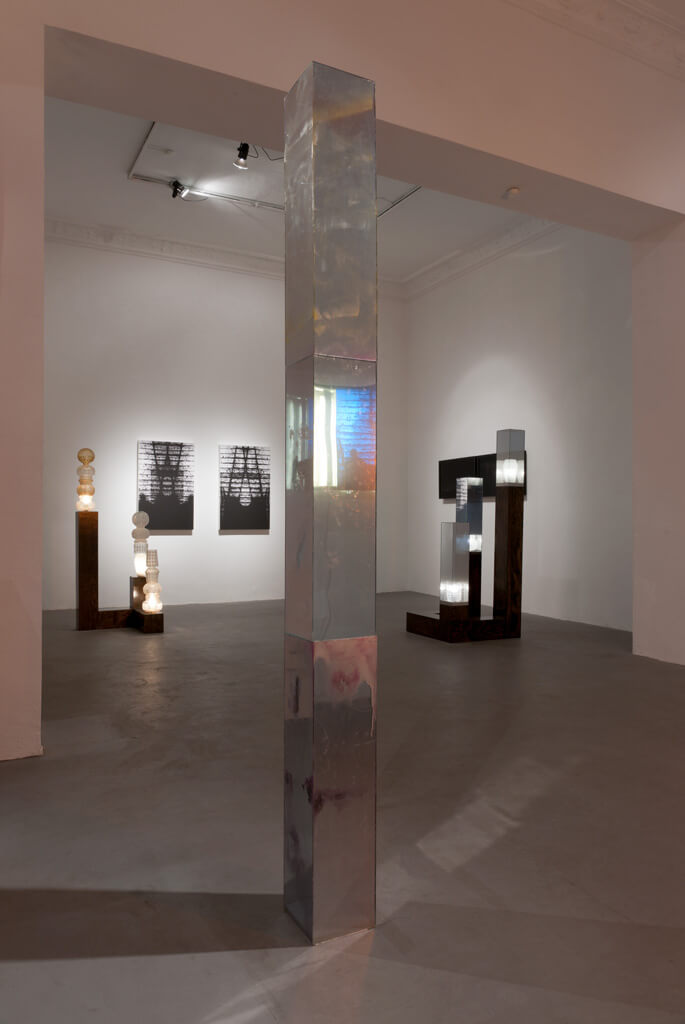 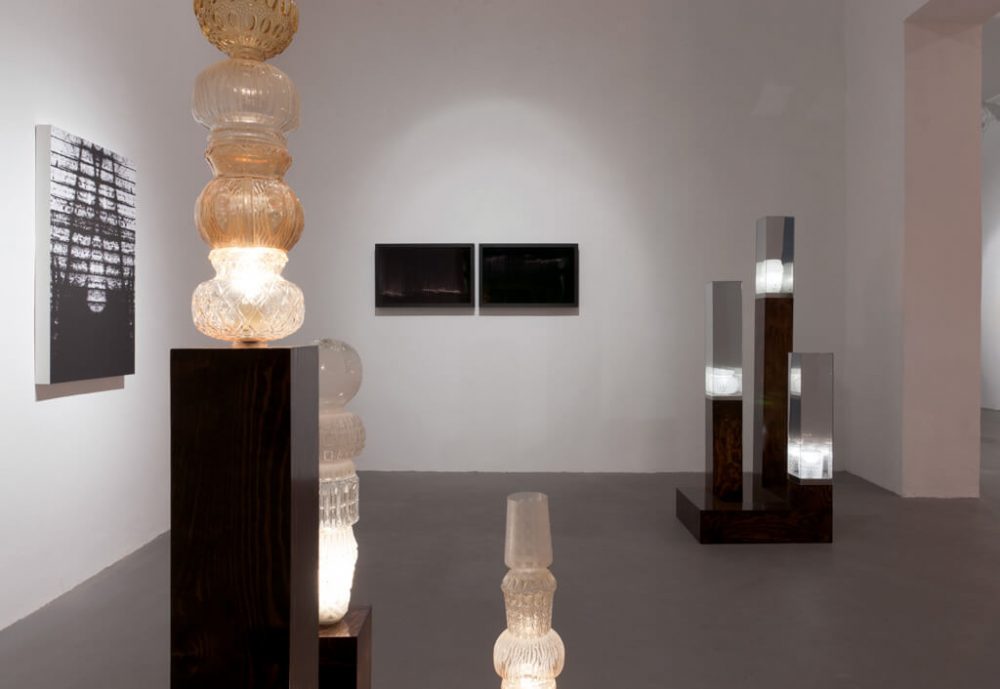 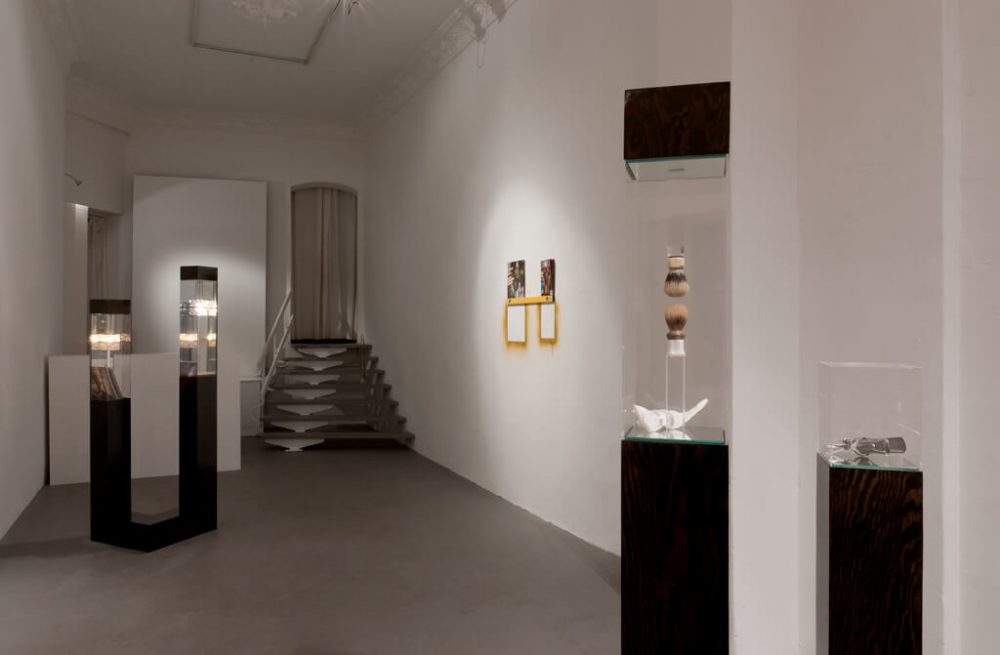 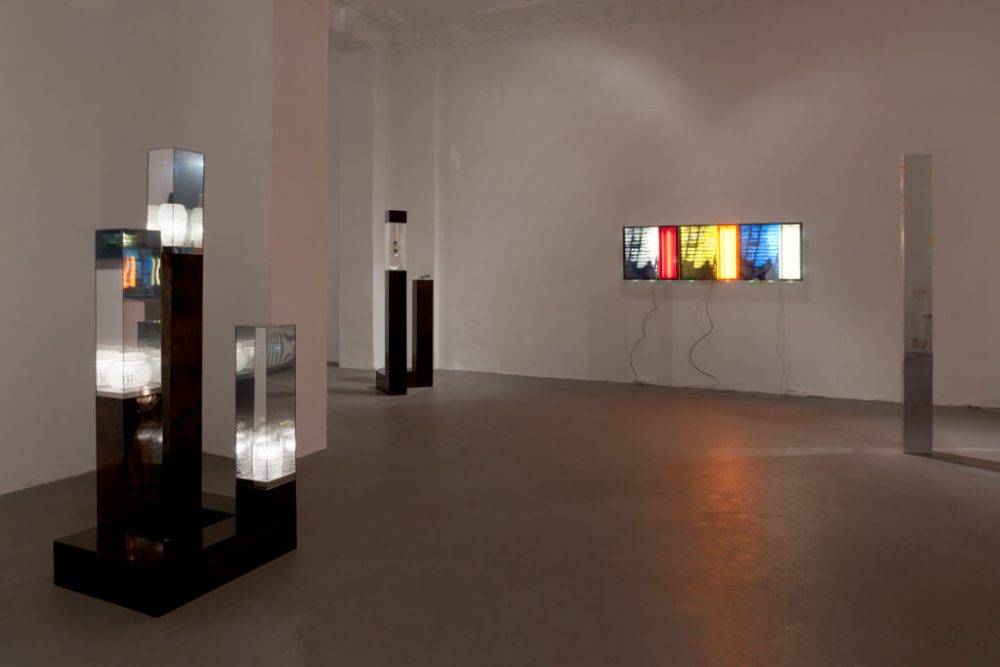 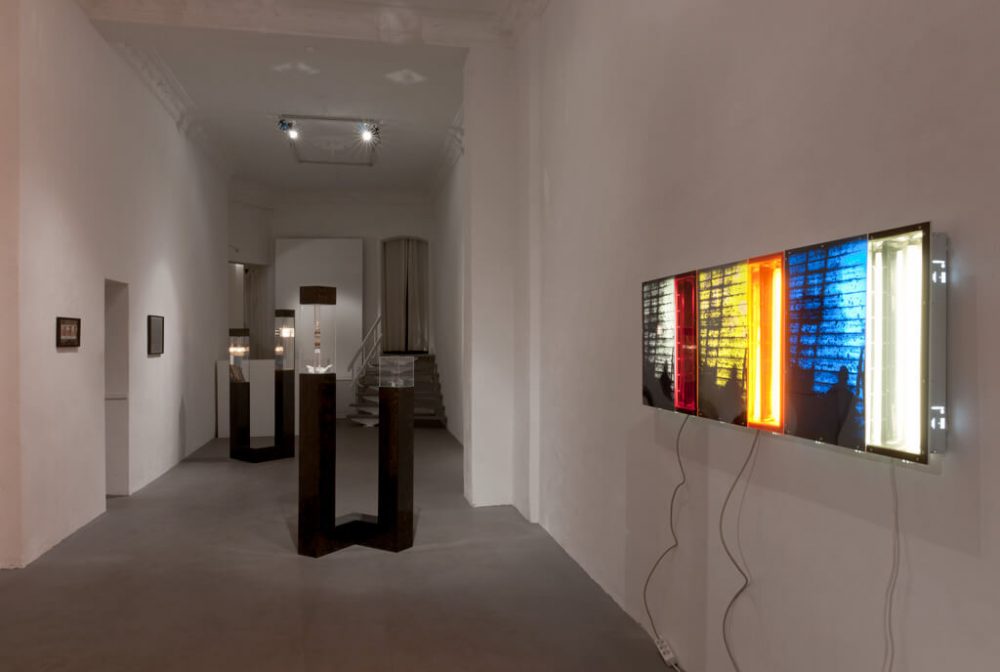