In his exhibition, Mesopotography, Fattal has broadened the geographical and conceptual focus of his work to include the systematic cycles of destruction of historical and religious monuments that have characterised warfare in the Middle East, Afghanistan and North Africa over the past twenty years. The propensity for iconophobia and iconoclasm (as well as for their opposite, iconolatry) has been present in the three monotheistic religions (Christianity, Islam and Judaism) since their inception and has recurred periodically throughout their histories as part of a broader ideological struggle for power. Recent manifestations of this struggle, however, particularly those perpetrated by Islamic groups, have demonstrated a strong, almost theatrical, media awareness in which destruction represents not so much a tool of ideology but, under the pretext of obliterating blasphemy, embodies the desire to eclipse both history and memory by shaming and denying them at the same time, rather in the same way that marauding soldiers violently rape the people they vanquish. In these works, the rape of memory is Fattal’s main subject.

The Babylonian Ishtar Gate (c. 575 BCE) in present-day Iraq, part of which is housed in Berlin’s Pergamon Museum, is the starting point for Terrain (2015); for this he made a laser colour scan of the cracked, pock-marked surfaces of the glazed, ornamental bricks out of which the gate was constructed and projected the resulting impression on the floor so that it appeared like a rough desert landscape seen from above as if from a bomber or a drone. A single, indistinct shadow suggested a target sight or aeroplane and the constant threat of destruction. Here objects and their memory are clearly vulnerable, an impression reinforced by Frieze (2105), a series of 3D printed reliefs that were generated digitally out of photographs, taken from the Internet, of historical buildings in varying states of dilapidation. Sculptural meditations on loss and memory, these reliefs are accompanied by storyboards that, stylistically echoing the triumphalist narratives of the friezes of ancient Assyria, Sumeria, Babylon, Greece or Rome, expose how victory is currently expressed by destruction and why these historical monuments have become ideological battlegrounds. 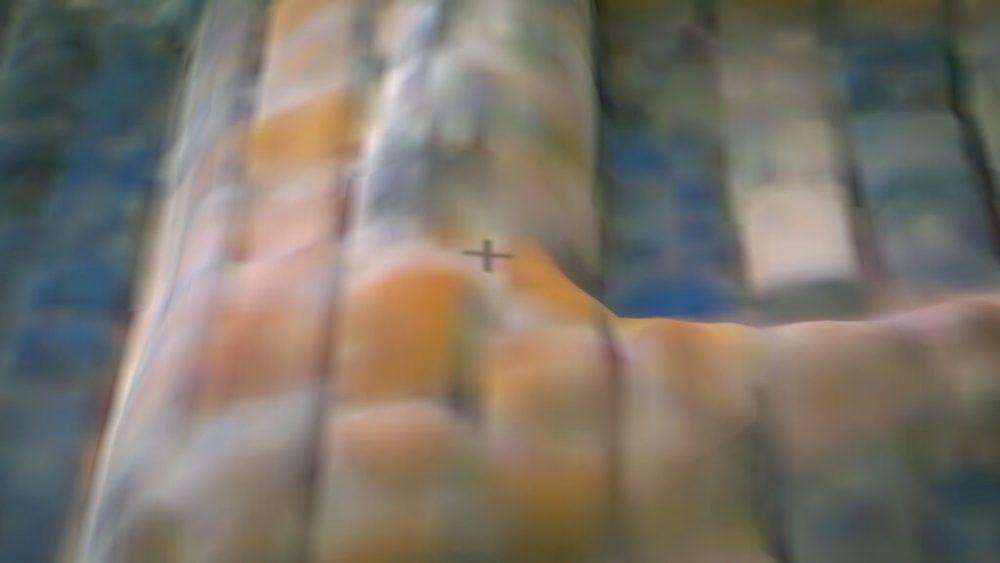 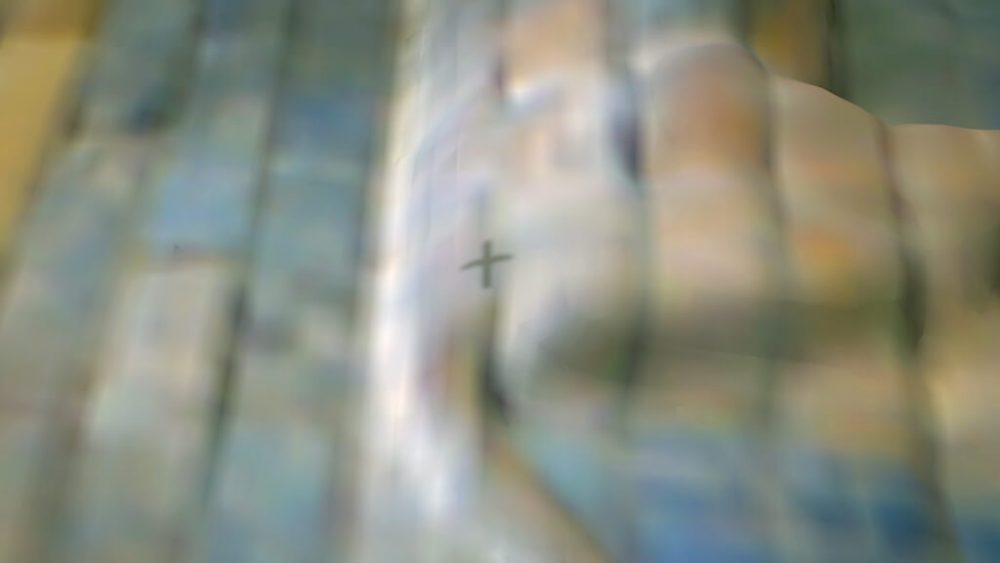