‘Live Feed’ is based on a Polaroid photograph that I took in NYC in 2000. In the picture one can see people sitting on the grass on a nice summer day in the newly open West Village piers and in the far background the WTC towers. The Polaroid is installed in the exhibition in front of a video camera. The camera is zooming on the small section of the photo showing the towers and projecting it through a video projector on a screen in the front of the exhibition, so the viewer first sees the projection of the towers.

The installation works on the notion that a Polaroid is a direct shadow of an object, which in this case no longer exists. The video camera is showing a live feed of a static image that makes it seem alive and also refers to the last footage of the tower as shown live through the media all over the world. 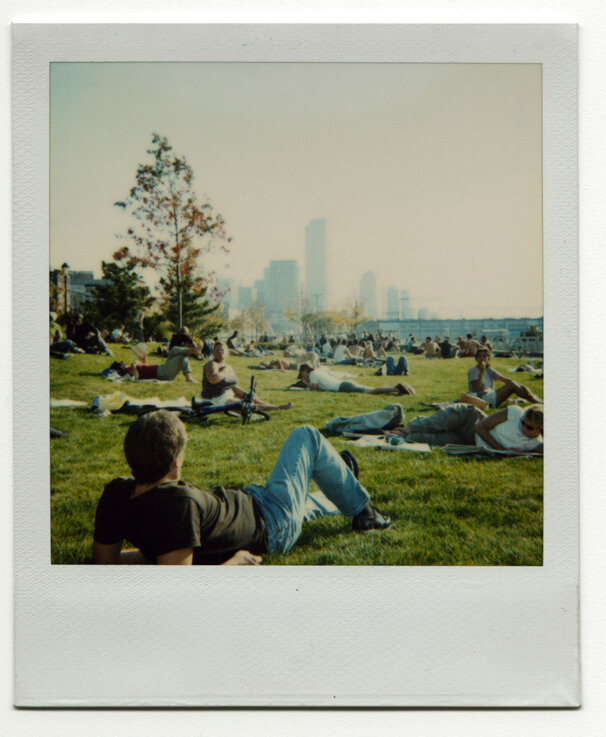 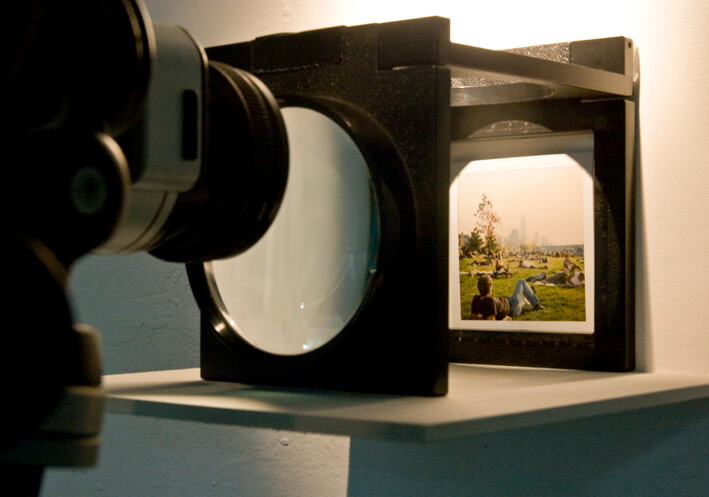 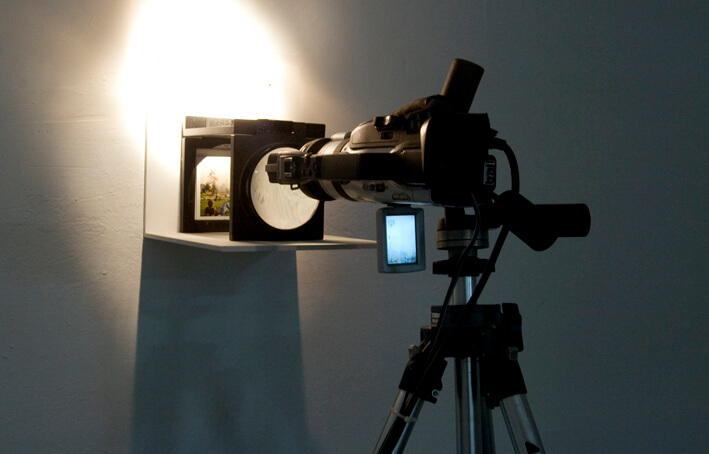 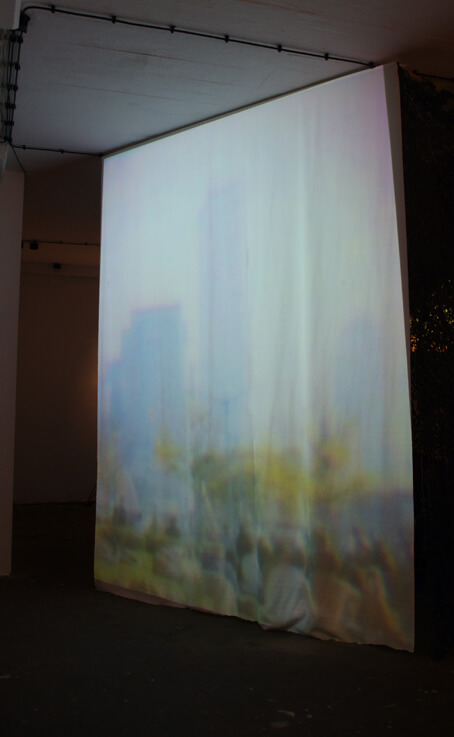